I tried getting Remember, my first book an Agent. That work was the best I could manage then. It was sheer audacity to believe Remember was the correct fit to be published. Since then, I’ve learned so much about writing. I needed something more relevant and approachable. More than that, it needed to be marketable. Would the work be appealing beyond the angle of dropping the reader into the character’s shoes?

That gave me a hit list. A list of things that the next book required. Some givens were already established so far in my writing career. A psychological thriller, futuristic optional, character driven, and involving love somewhere along the line. I also wanted something that’s set in reality, relatable, 50,000 words, and with average characters. Not all analytical scientists. I also wanted a few hangers-on from the Remember Sequel. That ended up as multiple points of view. I also wanted simple, easy to understand prose that allows the story to get across.

I came up with a few ideas/concepts.

1. the Earth is really one big machine that can teleport

2. a ghost sucks life force and vanishes after the people die

3. a cat turns into a human, helped to become a successful human designing cat toys

4. an alien world with varied population, mainly very thin humanoids that neatly float away without gear weighing them down, from high gravity home world chases down criminal just to allow escape

5. snake civilization of high intelligence makes heaters from fire to stay warm and hunt down larger animals  for food

And finally the idea I stuck with:

That idea came from a weird place. We all know about addiction to chemicals like cigarettes, alcohol, opioids, methamphetamine, benzodiazepines, marijuana, and various other things. The jargon abounds with these obviously. Let’s extend that to something more like love. Put on your nihilist hat, please. Love is basically an addiction to a person. Being around a particular person you love, triggers a highly complex, not well understood the neurochemical cascade of dopamine, oxytocin, and numerous others. Now, what about a place? Can people become chemically addicted to a place? Yes, if there’s an association or neural connection that links getting high with a specific place. The next obvious question is what happens if the place no longer works or the dosing ends? If a junkie can only get subpar dope, what happens? Well, we have a pretty good idea. What happens when a great relationship ends abruptly? Hate? Confusion? Betrayal? Inconsolable pain? Suicide? Take your pick. Initially, the idea just appeared as if from nowhere. Looking enough gave the root and stem of the idea/flower.

Recently, I’ve been editing Remember. I don’t really like the editing process, but it’s a basic requirement of writing anything. It’s the antithesis of the writing. Editing is a nearly brainless activity in comparison. Editing something over and over still missing some errors is frustrating and motivation crushing. Typo blindness is troublesome. The writer knows the words they intended for the page. Not seeing a few typos each page isn’t really a hindrance for the person that wrote it. This WIRED article does a really good job explaining it. A novel is much more susceptible to typo blindness than say a 10-page research paper. A novel requires a lot of investment. Investment leads to seeing what you want to see, instead of what’s actually on the page. 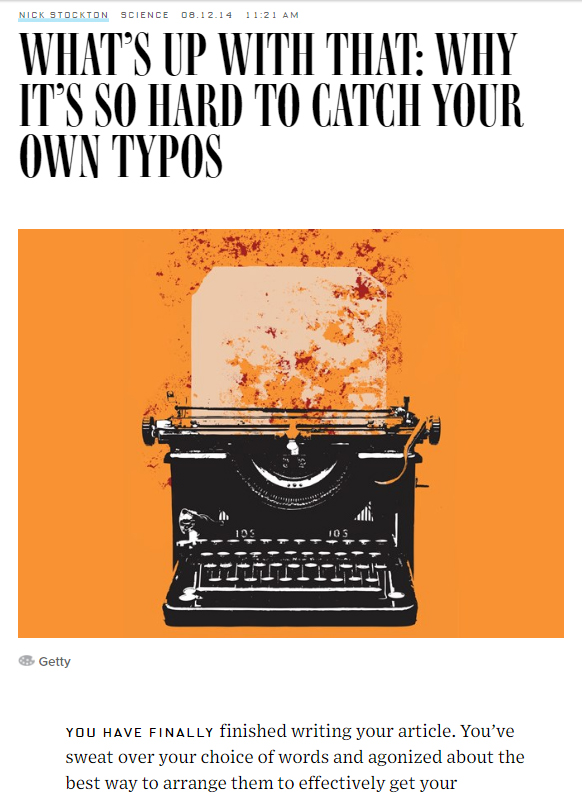 That’s exactly what happened with Remember. A beta-reader pointed out several typos throughout the book. Unfortunately, I’d already put the ebook and paperback on Amazon. Exactly how that worked out is in an upcoming blog post. I quickly took off those listing. It wasn’t until a few months ago, but I reposted the unedited versions. I’m working on the edits as you’re reading this.

After the discovery of numerous typos, I worked out an editing plan. I’d already edited through four drafts at that point. I read slowly through each page twice. Once through a page and then again. Finding typos was easy. The work was time-consuming. I hadn’t yet found a method to stay motivated through more than an hour or so. Two or four pages a day. In a month of doing this, I lost all the motivation I could muster.

The blog has already featured the fruits of my procrastination. I feel too much guilt procrastinating on something completely useless. I have to justify it somehow. That’s how procrastination always starts, as a tangent that can somehow be connected back to the goal. I thought learning Photoshop would help me create book covers that I needed. Then After Effects to make a book trailer. Then 3D modeling for the book trailer. Then game development to practice 3D modeling. This happened in phases between more flawed editing.

Through all this, my unconscious was entering the second epoch of my writing style. For some reason I can’t remember, I start thinking along the lines of clarity (an old blog post talked about a writer that showed me the way, Ella Dawson.) I recently read, the biggest mistake of a novice writer is trying to overcompensate for a perceived lack. Usually in the form of over-involved writing. That’s the symptom of Remember. Over complicated prose for confusing and difficult to understand writing. I reasoned if no one can understand what I’m writing, what’s the point. If it isn’t clear, there is no point.

I needed to simplify Remember. I decided to linearize it. Remember started out as two parallel story lines. One was six months ahead of the other. I jumped back and forth. The reader was getting lost. I cut out the boring stuff. Conor court trial and hospital stay were gutted (I’ll post them sometime). I moved the hook later in the novel. I needed a new hook, Conor’s life before the memory loss. What was Conor trying to remember? That should be up on here when I’m putting up the new version of Remember on Amazon.

I wanted the story to be more approachable and familiar. I started switching verb tenses to the past. Earlier in the editing process, I’d already switched out all the verbs for active ones. Tense switching would be much easier. I tried Find and Replace in Word. It was too finicky and took about as much time as the manual way. This verb switching actually helped in the long run. It sufficiently motivated me to cut more of Remember. Cutting from a novel has always been very difficult for me. This extra work of verb switching got me there.

Remember is almost finished. I’ve cut 14,000 words plus, and the novel is better because of it. Listening to music is the motivation I need for editing and typing at times. 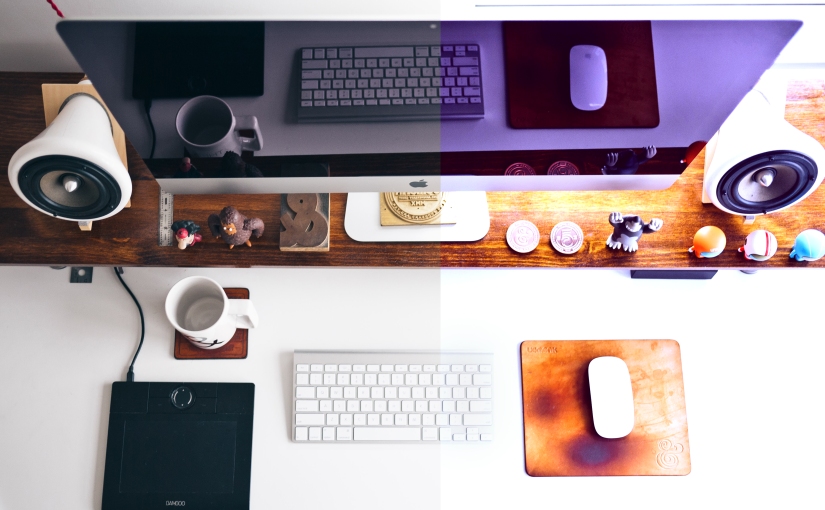 This is a gallery of everything I’ve done so far. This is basically my way of procrastinating and not doing the work of writing. This series on Photoshop is wandering a little too far from the goal of this blog.  Most of these are from an up-coming anthology of my best writing in Remember. So here’s the gallery. Enjoy and click through to my Deviant Art page for full resolution.