I liked Birdman in general.

The casting added something that felt real to me, Michael Keaton (Riggan). I remember him well from that 90’s Batman franchise directed by Tim Burton, That was the only time I remembered who he was apart from the character. I recognized Naomi Watts (Lesley) from somewhere, probably King Kong. The character that really got me in the story was Sam (Emma Stone). I found the problems in her attractive, probably because I wrote a similar character a few months ago.

The cinematography drew me in. It was a window into the normal world, walking and how everything looks from that angle. I sit or lay down throughout my day. Every rarely am I looking from eye level of someone standing. The camera shifted in and out of third person to different character perspectives. I liked the closeness to the characters talking. The frustration of Sam when spoke about how outdated her father was became visceral in a way that movies almost never have for me. I sit all the time. People are either right next to me or in front 4 feet away. Imagine never directly facing someone when you talk or being 4 feet away. Looking over railing is impossible for me. I have to parallel park my chair or look at the railing from feet away. This was shown once in Birdman.

The rooftop scenes were scary. Heights are down right scary if you can’t stop yourself falling. I can’t. Truth or dare seems so unrealistic and overused. Do people actually play that game in situations of hidden attraction or friendship? That part where Mike (Edward Norton) describes Sam as special, “burning the candle at both ends”, sounds written. The options there are either call it out or change that part into something else. I would have described it differently. Still good. 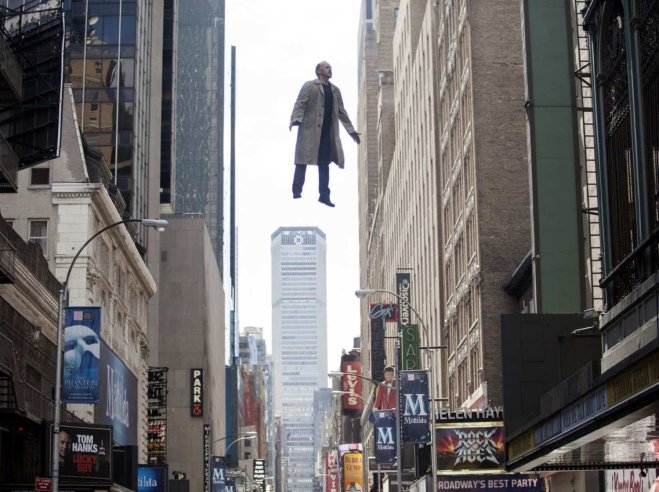 The superpowers were interesting even if we couldn’t be sure they actually existed. Levitation, telekinesis, and flight. Everything the fictional Birdman could do. Riggan became so invested in the character, it became a part of him as a voice that degraded him. We all have a little voice in the back of heads, telling us everything that could go wrong. It was an interesting plot piece that severed as an easy source of motivation.