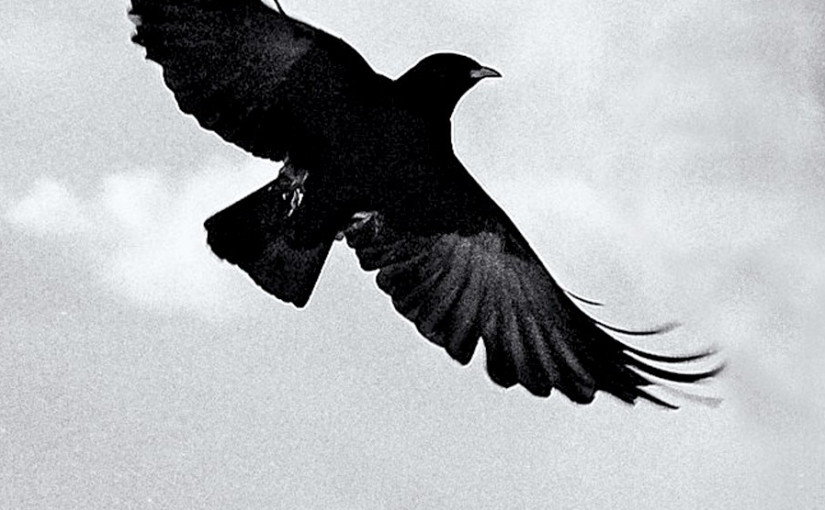 The mirror-like surface of the water stretches out a few feet below me. My tawny white wings glide across the steady gust produced from just above the surface. Miniscule adjustments steady my course. Wings trail each arm, outstretched to capture any available lift. The end of each crowned with solitary feathers sticking out as if fingers. I resume my mission to vanquish the mad blight on these lands.

I work my way up with effortless strokes of my mighty air movers. These wings move forward slicing through the smooth air for lift. My wings slide back through the air, facing the sky. The rhythmic motions prove efficient from years of traveling on the air. The fluid motions start at the base and move through its length each stroke. I retreat from the restrictive landscape to my home within the wide sky. Everything shrinks away showing me what there’s below. The fast flowing river nestled inside the river valley of its own creation. The V-shaped valley carved over many eons gave rise to valleys for the helper rivers. Each inset valley ends in a waterfall, continually working to deepen the efforts of erosion. I drift over to the black stone bank to catch an uplifting current. I glide in a spiral within this elevator shaft.

My constant vigil holds for the archenemy of the Doves. The Ravens, a vile race of winged carrion eater, will to devour anything that matches their vile nature. In the rare chance they are looking for a hunt, our food is the target. Anything between them and their hungry desire trampled as is the way of the Raven. These foul creatures run amok in their own lands, any encroachment into the border greeted with lethal force. It stays within my full rights to eradicate any Raven that crosses my path. I intend to reap revenge for all the wrongs committed by them. The consumption of our dead cannot go without consequence.

The “caw-caw-cawing” erupting from the throat of one such trespasser pierces the air. Those Ravens get bolder in their actions with each passing day of peace. I look out searching for the source of that latest vocal outburst. The lair of this enemy assumes a nature unmistakable in these river valleys, a tunnel at the back of a waterfall leading to a second exit. Any sign illusive but I see it now. The sight of black beak and feather, the blackness of an unscrupulous eye gazing at me verifies enough. I exit the upward spiral to meet these Ravens in their fortress.

The maneuver in this case, well rehearsed to deal the most damage, of such precision and speed it relegates defense to impossibility, at least. I increase the strokes to generate a fearsome wind at my back. The speed flattens my feathers against my flesh. The protective coverings shield my eyes from whatever awaits me. Just reaching the fall acts as my cue to begin the flightless roll. My arms, enshrouded in wings sealed against my sides. The tail feathers strapped across my legs leap into action controlling my spin. The water showers me in the cool refreshing wash, preparing me for the necessary action.

The start of combat slows every otherwise fast movement to snail’s pace. I look up to see eight of those hideous creatures dirtying the pristine white stone. A compliment of eight throwing knives and two cutlasses fit to dispatch these foes. I spin to see the first looming figure standing there. A flick to the wrist liberates the knife from its holster and sends it into the crow. I see the white of marbled stone. The next villain faces the knife as easily as the last. I wonder why they aren’t following their namesake of attack. They remain motionless prey to my predation. The next one takes another flick of the wrist, a reaction from within the solemn guard. They move in closer to my path, allowing me to pass. The sinister plan of defense starts to emerge. The next Raven quakes down with a hit to the throat. My perfect feathers take on stain of the deep red blood from my attacks to throat and heart. The sticky, sickly liquid forms a restrictive barrier upon mine own feathers, hindering movement. The next two impede, impossible to miss. The shells of dried blood encase me to greater and greater disability. The hesitation on my part allows the first defensive action, the blockage of my knives by wings. This measure is far from effective due the delayed response and the purely defensive maneuver. My doubts creep up that I’m the aggressor in this situation. My attack must continue for my people.

The crowning room of this base resides, the nesting room. The clutches of the eight males outside lives inside. One female stands vigil as all that’s left of this site, an oval room encrusted with countless dozens of multicolored eggs. The female waits for me at the rear exit. The cutlass from my side lands upon my breast, ready for action. My limited motions enable plunging a narrow blade into the breast of the final Raven. Her mass and bulk puts an end to my twirling and sends me into a summersault. I break through the glass barrier at the second exit and descend into the dark chasm in my entombed feathers. The hollow prison of my blood and theirs follows as penance.