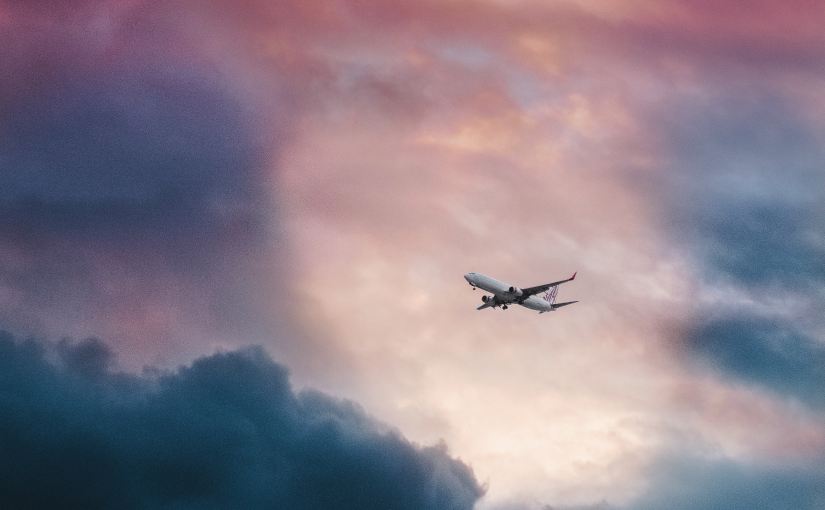 A Short Work of Fiction

One decision can change everything.

I snuck into our cramped kitchen. My Mother’s and Father’s Russian mixed together in a fierce argument. I searched for the plane ticket Mother was taking to see her dear brother, Uncle Petr in America.

He’d lost his daughter. Did he need his sister or another daughter more?

I snuck into my room with Mother’s ticket and passport. Calling my friend, Alyosha I looked around my room one last time. A poster of New York City Uncle Petr sent us hung above my bed. It wouldn’t be a dream much longer.

Alyosha was my friend, but I wanted us to be more. Would he help me leave? Looking out my window, I called him to ask for a ride.

I could make it to America. Nothing was hard about it. I put on my best dress. With my purse over my shoulder, I left the only room I’d known. Getting his text that he was waiting outside, I hoped my parents wouldn’t notice me walking out the front door with their bickering.

I got in the Taxi Alyosha drove when his Uncle was too sick to. That’s how it would be with Uncle Petr in New York, I’d drive his taxi when he couldn’t. I handed Alyosha the ticket and passport.

“You look close enough to your Mother. Say you quit smoking. Got any cash, Natalya?”

“That’s not enough.” He pulled out a wad of rubbles from his pocket. I never asked where he got the money from.

We stopped at his apartment for my luggage. We’d kept it there earlier.

We drove around before my flight. At the airport entrance, Alyosha handed over my suitcase. Tears came to my eyes. I looked around, whipping my head back and forth. That was my last chance to see Moscow.

Alyosha took my face in his hand. “Natalya, everything will be alright.”

Everything felt okay then. I kissed him on the lips. “Bye, Alyosha.”

I searched for where I needed to be. At the immigration counter, the man took my passport.

I nodded. “I quit smoking.”

“This you in the picture?”

“Need to see my ticket?” I scanned the crowd, waiting for his answer.

I handed over the ticket with all my money tucked underneath. “Please, I need to visit my Uncle. He’s dying.”

“Catch your flight.” He returned the ticket and passport, keeping the cash.

All my money was gone. I boarded the plane. A pretty college student sat down next to me, wearing better clothes than anything I’d ever owned.

The plane shook as it floated into the sky. I shook more than the plane ever did. The student, Sabina held my hand.

With the plane parked in New York, we waited for our luggage. Sabina got a pink suitcase, and mine never came.

I filled out a form for my lost luggage, putting down Petr’s address and phone number.

Borrowing Sabina’s phone, I called Petr. That wasn’t Petr’s number anymore. Sabina was the only friend I had now.

She got in a cab with me. We went to her apartment to regroup. A party was going on. People hugged Sabina right and left. We went into her bedroom, piled high with enough coat to drown. I stayed in there, while Sabina partied.

What was I doing in Sabina’s bedroom?

Sabina walked into the bedroom and shut the door.

I held my purse, shuddering — realizing that was all I had.

Sabina sat down next to me. “How old are you, again?”

I took a sip. My tongue burned.

She looked from the cup in my hands to my face. “You could be a model.” She fell into me. In the confusion, her lips met mine.

I was on my feet and down the stairs before I knew what was happening. Waiting in the cool afternoon, I tried to call a cab.

Sabina came out of the apartment building. “I have no idea what happened back there. I can call you a cab if you want..”

Sabina went back inside.

I shivered waiting there.

A taxi pulled up to the curb. I got in and showed him the address I had for Petr.

We stopped outside an apartment building better looking than anything we had in Moscow. I told the headscarfed taxi driver I’d be right back. There wasn’t any cash to pay the man. I went down the hall to 1C and knocked. A man wearing boxers came to the door.

I walked away and cried in the hallway. How could I find Uncle Petr? I didn’t have money for the taxi, either. I had to run, but where? New York public libraries — the old music played through my head. I found a way out of the apartment away from my waiting cab.

I sprinted away, still needing directions. An hour later, I saw an old Russian woman that looked like my grandmother. I told her what was going on in Russian. I rode in a cab she paid for and ended up at the library. Finding a computer, I searched for Petr Petrikov.

I knocked on Petr’s door.

He wanted to know why I’d come.

“I always dreamed of living in New York.”

He rubbed his hands down his face. “I should call your mother, send you back.”

Tears came to my eyes. “I’ll do everything you say, Petr.”

Petr turned his back to me. “Where will I get food and clothes for you?”

He sighed. “Call your mother. Tell her you can stay.”

I worked at a coffee shop and went to school.

Uncle Petr got sick. I got another job taking care of him. Sometime in the night, he stopped breathing. I got a ticket back home with money I’d saved. Alyosha was waiting for me at the airport in Moscow.

I was back with a new dream, talking Alyosha back to America with me.